I'll now try to explain to you, why this is probably my favourite scene in the whole history of cinema (ok, one of favourites).

In Godard's Vivre sa vie (To live one's life) Anna Karina plays a girl, who out of some circumstances (breaking up with a dull man, boredom, then lack of financial means or sheer indifference) becomes a prostitute. This shot in a pre-experimental, pre-Marxist, pre-Dziga Viertov Group, more "traditional" style, that has more to do with early Nouvelle Vague style - more or less open form, freedom and improvisation on the plan, lots of plain air, streetlife from Paris. This scene has always seemed to me as autotelic, sort of self evident, without any greater need for explanation - one of the few moments, when Nana can "escape" her existence and devote herself to a "sheer being", without any reasoning (as opposite to the last scene and her conversation with the old man about language and possibilities of self expression), just simply being and dancing as a purposeless act. But of course this is also the last stage, when Nana is concerned with the society, she's not ashamed of putting herself on display, she no longer cares about her position. from this peak moment her existence will become more and more problematic, until her accidental death from the hands of mafia.

The other scene from "Bande a part" is another example of a quite independent, taken out of time, scene in Godard's films. With the reflection on time ("one minute" scene and a commentary on the individual sense of time in cinema), then - an interruption from an autotelic dancing, and then the opening of a narrative with "parentheses", it proves also a sheer cinematic bliss.
Posted by agata pyzik at 20:46 1 comment:

All the flowers for Herta...

Nobel prize for literature for my cherished author Herta Muller
Posted by agata pyzik at 12:14 No comments: 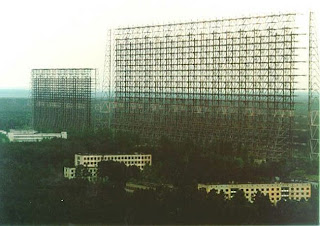 Oh no, not mine: it's just due to the publication of Dominic Fox's book Cold World, which I had the, excusez le mot, *pleasure* of reading earlier in pdf. It's a great book, where the author examines the *positive* potential of so called dysphoria, as opposed to euphoria, calling it "militant" in every case when the dysphoria and displeasure (or dejection) is an *active* state practised by the subject. or, as Alex Williams claims, "[T]he Left is trapped in a sort of depression, in a dysphoric state itself. Here “militant dysphoria” means the dysphoria of the militant. The hope arises that it is through a radicalisation of this very negative state that a future emancipatory politics might be born. A radicalisation in what sense though?" Good question and follow the rest on Splintering Bone Ashes blog on the right from this post.

I'm not going to outline the book now, the right time will come when I will have more time, but here just to sum up an event that took place just few days ago in London at Goldsmith's, where a panel discussion with few persentations by very interesting thinkers grouped around Zer0 Books took place.

I'm quoting a piece by Nina Power she posted on her blog Infinite Thought, where she refers to, among other things, von Trier's "Antichrist" (which I personally, had to admit that, rejected as pretentious soft-slasher kitsch), Herzog and Shulamith Firestone, famous feminist and her reflection on woman's body. lots of links to other speeches at her blog.
here it goes:

A dysphoric relation to nature may see itself fascinated and reflected in a world of killing and eating but our age is characterised by a dyphoric relation to forms of nature in general much closer to home: human nature, particularly bodily nature. Think of eating disorders, self-harm, particularly prevalent in young women, where any concern for health gets subsumed into a desire for thinness, beauty or desirability. In this sense, then, there exists a common, generalised form of dysphoria in the west, a turning away from 'health', either mental or physical, towards a lessening (if not a worsening) of the world, to exist in a smaller way, to take up less space. To be dysphoric in the shape of body dysmorphia is, particularly though certainly not only for women, to be on board with the idea that our inner nature is to be punished. Just to give you a strange example of these priorities, yesterday I was walking past a pharmacy and saw a sign advertising a cervical cancer vaccine for £379 and beneath it, Botox for just £50: the vaccine that one might hope would be distributed for free by the state is more than seven times more expensive than having a barely-legal poison injected into your face.

the paradoxes and seeming dualisms of health/disease, positive/negative penetrate us at least since Romanticism and were probably most famously put by one of the most "entrenched" and powerful Modernists, Thomas Mann, who was a late heir of a long philosophical tradition, culminating in his last great novel , Dr. Faustus. I hope to muse on that more later.
Posted by agata pyzik at 22:07 1 comment: 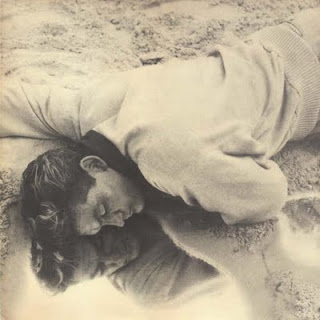 In his Critique of Judgement Kant describes desire as "a faculty which by means of its representations is the cause of the actuality of the objects of those representations". it is quoted in the first chapter of Deleuze/Guattari's "Anti-OEdipe" as a symptom of the revolution in philozophizing about desire. An inteersting remark can be made about this Kant quotation, as not only from the literature of the subject, but from my own experience I can tell desire is mostly caused even by simply thinking about desire. The "triangular" system described by Rene Girard (ie, in shortest, that we always desire what is already desired by someone else, who is the real cause of our desire) always appealed to me. This idea is actually taken from Lacan, but via French Hegelianism of the 1940s, as it is Jean Hyppolyte, in whom we can find a thoght that 'human desire is always a desire for the desire of an other'. But I could agree more with Deleuze/Guattari actually, who claim, that desire is a more or less universal force, prior to the subject-object distinction, prior to representation and in fact even RESISTANT to representation.

We are bodies subjugated to many various, mostly chaotic modern sensations and experiences - I find it sometimes hard to withdraw enough to feel again the wonderful empowerment of desire. which is good, it brings me back to life, on a more basic and at the same time, profound level. My desire makes me think and long this one specific person, what makes me more focused and realizing what do I want to do in life. My desire makes the world all the more real. Desire is often described in negative terms, as a realization of lacking, but to me this whole concept of lack was rather appealing.
I don't want to be full all the time, my longing makes me more perceptive and more alive.
Posted by agata pyzik at 15:03 2 comments: 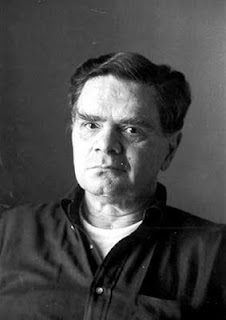 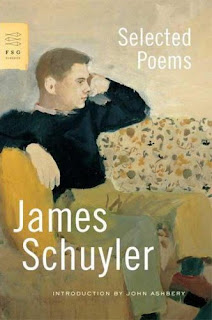 What a lousy, wet freshly october day. You can only think about the inevitable passing of time and surrender to melancholy. As I have to finish my MA now, the only thing I can do before going on short hiatus is to quote the very sweet object of my queries, Mr James Schuyler.

Schuyler (1923-1991) was a great American poet, who belonged to so called "New York School of Poetry", including such greats as John Ashbery and Frank O'Hara, but like the "school" never actually existed and was an easy label for the critics, trying to capture the phenomenon of, from the one side, Abstract Expressionist school of painting and accompanying phenomena of the great revival in American arts: literature and especially poetry, Schuyler was not also a typical "member" of this societe des artistes. Being a secretary to mighty W. H. Auden, whose early poetry was the major influence on NYSP, for couple of years, he decided, what kind of poetry he wants to write, or, more importantly, does not want to write.

Schuyler was first of all a great lyricist, an author of numerous lyrical and personal poetry, but more in the style of Whitmanesque-WC Williams-Stevens, than Confessional poetry.

He often wrote about himself, his friends, his sometimes dull and "nothing-has-happened" days, he was autobiographical, with an everlasting desire "to see things as they are, too fierce and yet not too much". he was a weak brave man, struggling with some kind of schizophrenia and nervous breakdowns and then also healt problems, for most of his life. Hosted by his friends, the family of the painter Fairfield Porter, lived in hotels and small rented flats, sometimes supported also financially.

He remained a wise and perspicacious commentator of his and his friends events and accidents, stating once in the "Hymn to Life": Life is hard. Some are strong, some weak, most/Untested. I can hardly believe that there is any line in any poetry that I could more agree with.
Posted by agata pyzik at 10:11 No comments: