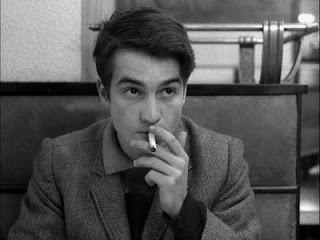 I quite often read readers' reviews on imdb.com. Unlike reviews on Amazon or pretty much everywhere else, they are not exclusively dull, there happens little hilarious eruptions of insight and they present much greater variety of approaches. Having a Sunday of procrastination, as it is, between cooking and reading Dostoyevsky's Devils, not being able to decide, what way of losing the time for working is better, whether to watch Haynes "Safe" (too depressing) or Trotta's Rosa Luxemburg on Youtube (Youtube quality), I suddenly realised that what I should do is to find some japanese-website quality example of no matter which example of my truly favorite genre of cinema, in the guilty pleasure sense: French comedy of manners where they do a fuckin lot of pseudointellectual babble (in French) and occasionally screw. My choice were cast on Arnaud Desplechin's My Sexual Life (Or how I got into an Argument) with wonderfully ugly-handsome and utterly pissing off Mathieu Amalric.

There was (and still exists to some measure) this wonderful genre in French cinema, started probably by New Wave directors - contemporary comedy about over-(usually pseudo, but that's tautology)-intellectualized young people, mainly and not surprisingly - young men, celebrating their immaturity, which is, in wider sense, we are told, supposedly a sign of something more general, the cultural climate, the society, in which they live etc. 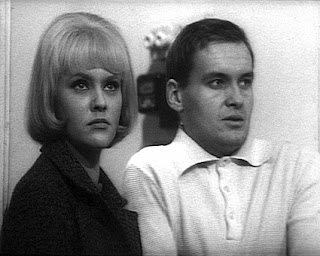 This genre exists everywhere, and produced films as different as Francois Truffaut's saga about Antoine Doinel, Jerzy Skolimowski's Trilogy on Andrzej Leszczyc or Keith Waterstone's Billy Liar; Mike Leigh's Naked's eloquent Johnny is their younger brother, of course. Young-ish males engaging into endless disputations and imaginary lives, by the way screwing up lives, theirs and the people around them, whose pursuing the truth may be at the same time pure blague and pure sincerity & authenticism, but it's hard to tell, if at their most authentic they are the most hypocrytical and mendacious, or vice versa. Phd students, bluebirds, pseudeintellectuals, posing, babbling & escaping every form of responsibility - or to the contrary, those, who by their posing uncover the true rottenness of the society around them, maintaining in fact a real, moral and other, purity and innocence?

The cinema and literature is full of them, and they are always young males. If i think about the American cinema, there were few attempts to give them a woman repersentation, but I guess everybody will agree that Winona Ryder weren't very convincing in this role. Hamlet is a man - always a man, and Ophelia must just die. Full stop. There can't be a reversal of those eternal rules. Women are not convincingly depicted as intllectualls or even slackers, in the movies. The best you can get is fucking Juno, but she's a 16 year old in the "smuggest film of all time", as Mark K-Punk once put it. Now Juno's Ellen Page plays parts like utterly flat Ariadne, a labyrinth designer (sic!) in a Christopher Nolan's superproduction Inception, where she helps Leo DiCaprio to get to his blond haired children and a ghost of crazy French wife. apart from her, she's the only female character in this quite populated movie. 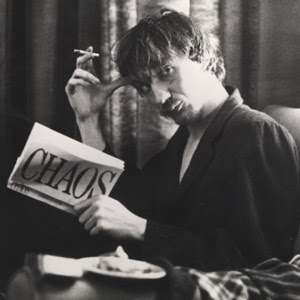 But my argument weren't supposed to be in this vein. Sure, there's also no, or very little, great depictions of, say, women's depression in cinema (vide Baumbach's ultra-boring Greenberg), but let's be honest: it's because there's very little, main woman characters in movies as such. Coming back again to so praised in blogger's circles Inception, and incredibly silly business class hi-tech pseudo-Freudian babble, women in this movie can be either desexualised part of the gang or they are crazy, irrational French, cliched beauties.

But this is something every child knows and yawns at. My argument here really weren't supposed to be as dull as pointing out the sexism in world cinema, but the aforementioned French comedy of manners.

In Desplechin's movie, the lovely Paul Dedalus (yes, really), a phd candidate in a subirban university in Paris, engages in one big succession of talking, drinking, flirting, breaking up with girls, messing up with his life, messing up with the lives of others, with his career, talking & talking. For three hours. literally. 173 minutes. Im a conaisseur of reading then the mentioned mixed reviews in imdb.com my favorite fragment is: "Like Stephen, his problems with writing are linked to his problems with sex. This is a key film of the Young French Cinema, which favours the flat filming of dozens of bright charmless young things drinking coffee and talking about Wittgenstein. Great."


In this case it is exactly how the reviews are saying - all my critique above doesn't change the fact that IT IS very truthful about the young people and IT IS extremely annoying and in places, boring. and probably most of the contemporary, politically aware, intelligent readers of these words, if they have seen the film or even at the sheer description of it, would argue they dont find themselves in a portrait of the 25/35 generation and find it endlessly shallow, vacuous and boring. and who they are, privileged, quite well off, secured, compared to many people, to us even, having the luxury of talking bullshit in Parisian Cafes, while we have crisis, cuts and unemployment, allowing themselves to make problems out of some stupid, vacuous romances and dull dependency between the sexes.

fine. fair enough. but what will you tell me after seeing scenes like this:


dont you find yourself in them, at least in a tiny bit? very tiny? our ridiculousness, the ridiculousness and pointlessnes of our relationships, full of poses, hipocrisy and insincerity? but always, always with a true need to reject all those masks, with a possibility of it lurking somewhere. no, as you can see, the whole thing above was not supposed to put them into derision and through the psychoanalysis or class critique machine.

my favorite commentary is the one under the breaking up fragment: "Wow, French people sure are﻿ emotional!!!!!! Wore me out just watching it,﻿ can't imagine living like that everyday! Neurotic nonsense!" well, exactly, so what??

because the grandness of those young smug pathetic people is that they are also capable of greatness and that we are great in our weaknesses etc. or something. at least I want to believe it this evening, when I'm watching them.
Posted by agata pyzik at 19:31 2 comments: