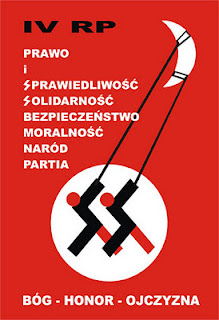 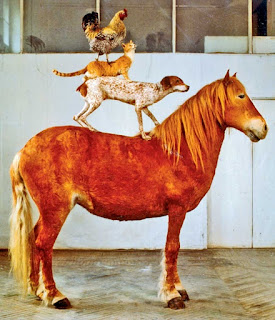 Full version of an article originally published in the Guardian CiF April 17th, 2011.

After more than 20 years of introducing a brutal, neoliberal economy into a decaying late communist reality, and creating a capitalist market, Poland now also has a much-desired “art market". A few years ago, when there was something of a boom in Polish art, an attempt was made to label it Young Polish Art, after the British equivalent. This trend has now begun to fade, especially since numerous events during the long Polska! year promoting Polish culture in the UK failed to attract much publicity. It’s true that Miroslaw Balka got a prestigious Turbine Hall commission in 2009/10, which is as close as you can get to canonization in the modern art world, but I don’t think recognition of Polish art worldwide changed much. 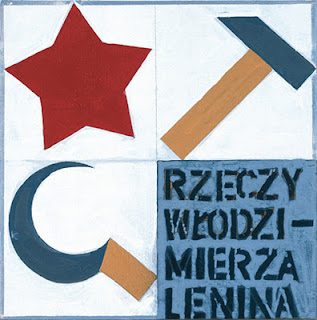 What has shifted is the political impact of Polish critical art at home. Polish art, rather than being simply an entertainment for the rich, is engaging with politics on the levels many of the Western artists can only dream of. It’s been seriously clashing with politics, many times finishing in court. it was not sheer epather le bourgeois - the visual arts taken the task of challenging the society on a much harsher, deeper level than film or literature. 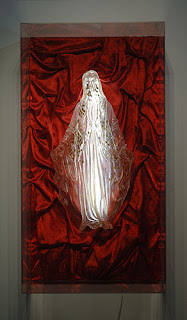 This is the legacy of the 1990s, when makers of so-called “critical art" were reacting to the years of censorship, superficiality and lack of democracy, revealing that not much has changed in the new democratic reality. We enjoyed on a smaller scale a version of the Viennese Actionist movement. Artists such as Katarzyna Kozyra, Artur Zmijewski, Zbigniew Libera, Robert Rumas and Grzegorz Klaman were excavating Polish traumas, touching upon themes such as Polish religiosity, too-soon forgotten memories of the Holocaust, intolerance and exclusions (of homosexuals, women, disabled), various taboos, like non-normative sexuality, the body and its visceral aspects or ageing, and the way individuals are controlled in a free, but actually extremely oppressive, society. Much more rarely the inequalities wrought by the transformation from communism to capitalism. 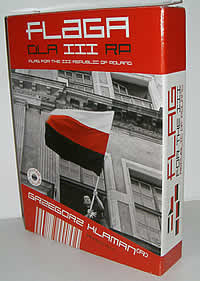 They were playing upon the central theme of the individual versus the system, exposing the fact that the choice between one oppressive system and another is not really a choice, at a moment when the majority of society regarded liberalism as the only option and the brutal transformation from communism a necessary evil. By self-exposure (such as Kozyra, who posed as Manet’s Olimpia while suffering from cancer) or assuming the role of a perpetrator (Żmijewski asking a former concentration camp prisoner to “renew" the tattooed number on his arm), critical artists were working through and acting out numerous traumas, frequently becoming the object of harsh, politically motivated censorship and hostile social ostracism by right-wing politicians. Gallery closures were common, as was the removal or even destruction of work. The most famous case of censorship was the 8 years-long trial of Dorota Nieznalska, concerning her 2001 work Passion, where she put male genitals photo onto a cross. She was finally cleared of the charges, but this process remains a reminder of the free speech abuse in Poland. 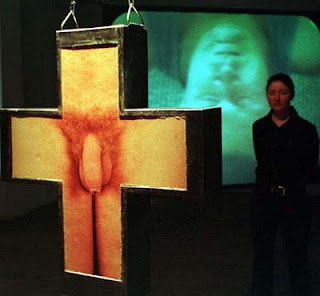 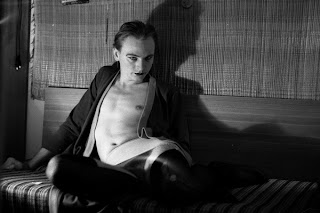 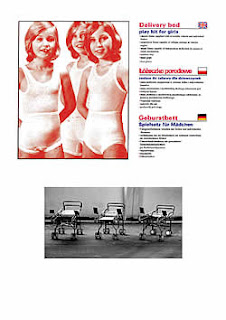 A couple of years into the new decade of the noughties, however, some of the most successful critical artists, such as Żmijewski, started to criticize this kind of art for being self-indulgent and for its lack of visible political success. Critical art had not disrupted the system, it was claimed. Worse, it had become a playful, attractive gallery object, all the more pathetic given its initial ambitions. In 2005, Żmijewski became an art editor of Krytyka Polityczna, a newly emerged but increasingly popular political club and magazine where he published his manifesto, Applied Social Arts, which prompted fervent debate about the political impact of Polish critical art.

Interestingly enough, at the same time Żmijewski was accusing his peers of political indifference and lack of taking serious risks, he, Althamer and Kozyra were becoming renowned names, appearing frequently in international art magazines. And exactly when a new generation of artists born in 70s and 80s entered the scene and were cutting off from the “critical” generation, they, to whom Bałka also belongs by age, had started to get the official nod: there were huge retrospectives for Libera and Kozyra as well as big group shows in the key Polish art institutions. Apparently, they no longer threatened the establishment, they wouldn’t shake Poland. Oh really? In this one sense Żmijewski was wrong: critical art was capable of political agency, because it provoked national debates that redefined the status quo.

The real question with which Polish artists are now struggling is mapping the realm in which art can still mean and effect something. Attracting gallery visitors was never their aim. It was later said that critical art was only really interested in the big existential questions, ignoring the social reality of the poor and excluded. Żmijewski responded to this by making a number of socially engaged works: he filmed dozens of demos, rallies and protests for his ongoing series Democracies; in his Work series he filmed people doing particularly unattractive, numbing jobs: a cashier in a hypermarket or a street cleaner. Recently he made a film about the mourning of the Smolensk air disaster, Catastrophy, which studied the behaviour of the crowd that stood in front of the Presidential Palace brandishing a giant cross, raising all kinds of social tensions. Żmijewski himself chosen to provocatively side with the religious crowd, presenting them in a positive light. That’s what makes his work ambivalent because the same square saw also the only moment when a counter crowd manifested itself, yearning for a secular country and calling for releasing the city space from the church’s domination, but they are not his favorites.

Żmijewski’s aim is always to provoke the viewer to his own political choices, he’s not saying that anti-church is necessarily enlightened and pro-church backwards and oppressive. Maybe he wants to actually redefine the senses in which we become a community, what constitutes us as such and what did it actually mean to be a Pole during those difficult days of the mourning, that now will come back, as we have the 1st anniversary. But I sympathize more with actions of a very important public space artist Joanna Rajkowska, whose actions prompted debates about public spaces in Poland again. Some of them formerly belonged to one ideology, and later were obliterated, such as the square in the former Warsaw ghetto, where the contemporary Israeli trips come to the Synagogue, and a church vis-à-vis was selling anti-semitic brochures. In this toxic area Rajkowska built an artificial pond, so called Oxygenator, that was mainly used by the formerly neglected pensioners living nearby, who were suddenly enjoying this space, and what a different view for the Israeli teenagers on their compulsory Holocaust trips, that are told they are coming to the land of death. Despite the pond’s popularity, city authorities objected to prolong its few months existence, but it has changed this space forever. 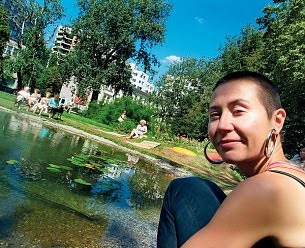 Polish artists are looking for new models of engagement, since the sense of community we had earlier was destroyed, and the only new community we’re offered is manipulated by the Catholic church or by a sense of victimhood. In neoliberal Poland, caught between the cynicism of the right wing populists and the cynicism of the liberals, between lack of self confidence and an inferiority complex, this sense of community is what we must restore.

project of a group of post-critical artists after the Kaczynski brothers (Law & Justice, PiS, right wing & nationalistic, though combining it with more social policies)

Katarzyna Kozyra in Art in America
Posted by agata pyzik at 13:20 1 comment: