[extended review of P. Keiller's The View from the Train, written originally for Blueprint magazine]

Despite being the cradle of modernity, Britain never had much of an artistic avant-garde, but its influence has had a slow-burning effect. After reading the finally published collection of Patrick Keiller’s writing, ViewFrom the Train, we can see why it wasn't the world of traditionally understood art or even the avant-garde, that today stands for the most peculiar legacy of British modernism, but, perhaps, its peripheries. Situated somewhere within popular cultures, pulp modernism and non-beaux arts - in theory, philosophy, or scientific research. Somehow, we find this strange intersection of art, architecture and research in the exploratory “spatial” research done by one man in the ways of filming, writing and reading, and focusing on the most mundane, neglected elements of our landscape, perhaps precisely because of that fact: docks, ports, wastelands, defunct industry, devastated nature. Finally, the city. This is the core of Keiller's work. Although the city was at the centre of fashionable archi-theories for several decades, somehow nobody noticed how capital is changing the space of our cities, with the chief example of London, the author’s lifelong obsession. 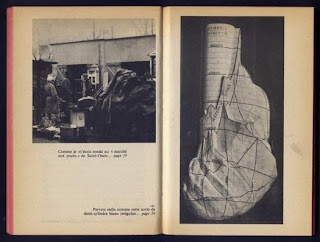 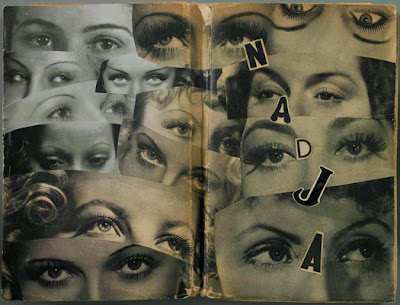 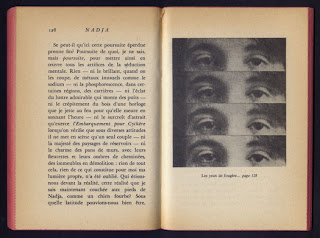 Always pursuing his own individual path, Keiller, who used to be a professional architect, has developed his own theory of space, which owes more to his own interpretation of surrealism, the Situationists and poets of early modernity, such as Poe, Rimbaud and Baudelaire, than studying the classics of architectural theory. This beautifully titled book puts together texts, which reveal the artistic provenances behind the strikingly separate and unique Robinson Trilogy. Keiller learned the ways of topographic exploration from the ‘heroes of modern life’ – Poe’s ‘man of the crowd', the Baudelarian flaneur, the surrealist tourist, and the Situationist drifter. Take a look at Breton's Nadja - it's a ready blueprint for the future Keiller's work, both in terms of the aesthetic sense of the 'uncanny', the mysterious, the unknown (see early Keiller's short films especially, where character's are often filled with unexplained anxiety) and a specific taste for the abandoned, desolate (like from a Giorgio de Chirico's painting), neglected cityscapes, or to the contrary - places so obvious, so everyday that nobody really looks at them anymore. Or the situationist city, 'psychogeography', which now seems to be so popular, of course - where the sense of random drift is there to reclaim the city, to take it over in a poetic just as much as in a political sense.Yet writing about it, Keiller retains his own voice, where Laurence Sterne meets Guy Debord, dreamy yet succinct, critical yet benign, poetic but politically astute. 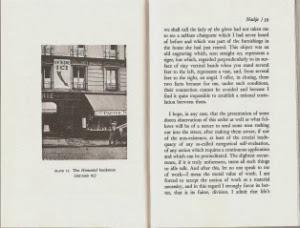 First Keiller began his trips looking for buildings he couldn't build himself, but gradually turned to the space itself that he was sinking in, not far from the Romantic notions of the “sublime” and the “atmospheric”. As he writes here in ‘The Poetic Experience of Townscape and Landscape’ (1982): “The present day flaneur carries a camera and travels not so much on foot as in a car or on a train.” A photograph becomes a degraded form of documenting the changing world on one’s own, which cannot be, because of the urban and social decline, experienced as it used to be, as a community. Developing his interest in space, “I began to look at places as potential photographs, or better still, film images, and even the still photographs took on the character of a film still.” From there begins a journey to the unobvious found in the most everyday elements of the British or life in general - and this is what the 30 years of texts collected here are about. 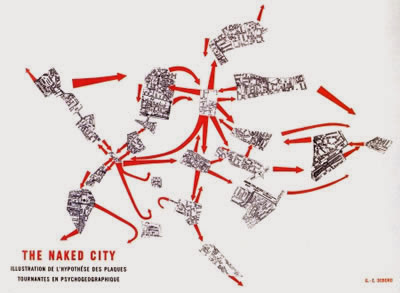 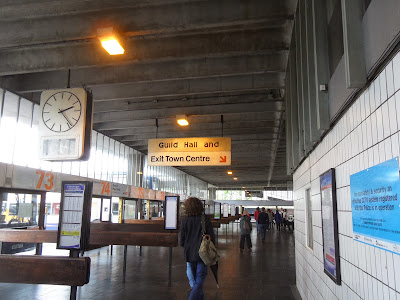 They were mostly written as a part of the research before, during or after making a specific film. ‘London in the early 90s’ is of course a meditation on London, which came from the working on the breakthrough feature London (1994). London then, after over a decade of the Tory rule, cuts to public spending and the stimulation of the financial industries only, was in great social and spatial decline, with dissolving old infrastructure - a depressing and unpleasant place to live. We see it from the perspective of Robinson, this hapless radical, who, in the face of the demise of socialist politics can only act out his anger in a series of eccentricities, not in a coherent political action, as a sign of this political despair. This, resulting in the so-called “problem of London”, obsesses Keiller’s rootless, melancholic character, being, as we discover, the problem of a specifically British kind of capitalism, which wasn’t a question of some economic inevitability, but the result of conscious political decisions and ideology, which could have been avoided. ‘Port Statistics’ was a part of the research accompanying Robinson In Space (1997), documenting the observation of several working British ports as places of the inward/outward movement of commodities and the declining industry, contesting the view that industrial production had disappeared from Britain. It was rather pushed outside of the cities to the periphery (or offshored to China) and automated. Similarly, ‘The Dilapidated Dwelling’ consists of notes to the film of same title (2000) documenting the reasons for the general decline of housing in the UK and the notion of time acting as corrosion during the unfolding life of buildings. 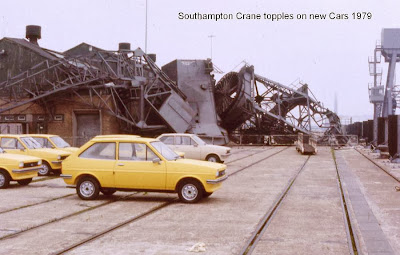 Knowledge comes to Keiller mostly via a “sense of space”, grasped via the instruments of photography and film. The space he writes about can be grasped anywhere, at any moment – it’s the title’s “view from the train”, a little, momentary glimpse of reality, of perception, possibly a revelation, an epiphany. It’s also a borrowing from Freud, who said the logic of the psychoanalytical confession is like “describing to someone the changing views seen from the outside”, a phantom train ride. And in the essay ‘Phantom Rides’, Keiller helps us reimagine how people perceived early silent film as an instrument of the spatial transformation of reality. Those films are today a true “window” onto a lost space, which, according to Henri Lebfebvre, was “shattered around 1910”. He could be quoting Virginia Woolf, who claimed in 1924 that ‘on or about 1910 human character changed’. She meant the age of speed: of radio, mass media, cubism, modern music, Stravinsky’s Rites of Spring, but also the social change, great social unrest, socialist parties rising across Europe. The old order was gone, and the films silently reflected this. 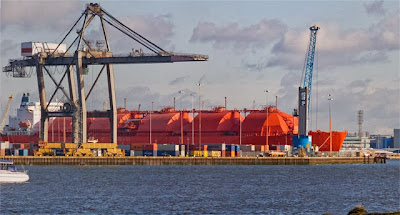 In this sense, the invention of film participated in and instigated this change. That’s why this form remains still a perfect instrument of documenting the “spatial research” Keiller talks about. The spaces that attract his eye, often deliberately shown abandoned, open infinite possibilities. They are “palimpsests” or carriers of new urban myths, “which can be constructed as a narrative”, which is a ready template for a film. It’s not, according to Keiller, what the film says, that should be new, but the way it says what we already know and refuse to think about. These essays show that the author of London and Robinson In Space has cast his own key to understand it.
Posted by agata pyzik at 18:20